The global demand for the amphibious vehicles market is anticipated to reach USD 6.25 Billion by 2027, the market was estimated at USD 3.14 Billion in 2019. The amphibious vehicles market is expected to grow at a cagr of 11.10% over the forecast period. Growing expenditure of defense modernization in countries such as India, China, the United States, and the UK is anticipated to boost the market growth. Additionally, Increasing demand for amphibious vehicles for recreational and sports activities is expected to further increase the sales of these vehicles in the upcoming few years.

What is an amphibious vehicle?

An amphibious vehicle history dates back to the early 17th century, however, the mass production of such vehicles started in the world war II in German company Porsche developed the first amphibious car named “Schwimmwagen”, which became quite popular in the military operations. An Amphibious Vehicle is a specialized vehicle that can be driven on land as well as water. There are several types of amphibious vehicles available in the market, starting from a bicycle to a hovercraft. There are certain types of amphibious landing crafts used by the U.S. military in “World War II” for combat missions in the Vietnam War, however, such landing crafts are no longer considered as amphibious vehicles as they are not generally used for land transportation.

There are two distinct types of amphibious vehicles available today, first that moves on an air cushion such as Hovercraft, and the other that doesn’t use air cushions such as an amphibious truck. Any vehicle can be converted into an amphibious vehicle by providing it with a water-resistant hull and a propeller. Vehicle manufacturing companies Around The World are researching to develop and All-Terrain Vehicle (ATV) that can travel not only on land and water but also on Harsh weather conditions such as ice, mud, swamp, and marsh. Such vehicles will help in military combat and rescue operations, as well as for personal commute and adventure sports.

Based on the end-user type, the global amphibious vehicle market can be bifurcated into defense and commercial. The defense segment accounted for the largest market share in 2019, as the amphibious vehicle is used in critical combat missions, rescue operations, and deployment of troops in remote areas. The military also utilizes these vehicles for excavation of clogged rivers and removal of mud from the river bed.

However, the commercial segment is anticipated to witness a high CAGR in the upcoming few years owing to growth in the amphibious excavator market in 2019. The demand for an amphibious excavator is growing for dredging activities especially in North America and the European region. The dredging activity includes the removal of mud & sediments from the river bed, lakes, and harbors.

Based on amphibious vehicle applications, the market can be segmented into Surveillance & rescue, Water transportation, Sports/Recreation, Excavation, and Others. The excavation segment is gaining prominence and is anticipated to witness the high cagr in the upcoming few years. The growth can be attributed to growing investment in the inland waterway projects growing need for amphibious excavator for dreading activities. Moreover increasing demand for land reclamation is expected to further boost the market growth for excavation.

The surveillance and rescue segment accounted for the largest Market share in 2019, Various types of amphibious vehicles are used by the military for surveillance and combat operations. US Army has recently announced that it is stopping the national amphibious vehicle up-gradation program, the army shall now focus on developing new advance Amphibious Vehicles instead of upgrading the old vehicles. Such strategic initiatives will positively benefit market growth in the upcoming few years

The ambitious vehicle market can be segmented on the basis of propulsion type into water jet, Screw propeller, track-based, and other. The Global demand for track based amphibious vehicles was highest in 2019, these specialized vehicles offer moment on land as well as water, therefore these are widely used for both military and commercial applications.

The water jet amphibious vehicles market is expected to witness a high growth rate in the upcoming few years, the growing demand for such vehicles for recreational and sports applications is expected to boost the segmental growth.

The North America region accounted for the largest market share in 2019, The U.S. military is one of the most technologically advanced militaries in the world. The U.S. army is equipped with a large number of ambitious vehicles that they utilize in various projects. The demand for these vehicles for recreational activities is also growing in the U.S., therefore North America holds the largest market share.

The Asia Pacific region is anticipated to witness the fastest growth rate in upcoming years, as the border conflicts in Asian countries such as India-China, India-Pakistan, China-Japan is rising the governments of these countries are focusing on increasing military budgets.

The amphibious vehicle manufacturers are focusing on developing advanced vehicles with all-terrain capabilities in order to maintain market share. Companies have suggested the U.S. Army with more than 100 technologies that can be fitted in the ambitious military vehicles. The key players operating in this particular market are as mentioned below:

The growth rate of car leasing in Central and Eastern Europe 2022 could be approximately 5.64 percent.Download free sample copy at#Central #East... 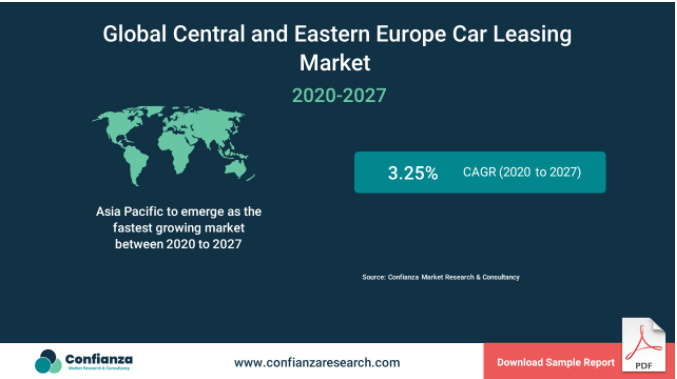